Share
Super Tug
The Story of the Super Tug

The idea for the Super Tug came about in a similar way as the development of our Flirt Pole. Always looking for new ways to keep our high energy pit bull dogs entertained and exercised, I discovered instructions for making a device known as a “spring pole”. A spring pole involves using a large metal spring to suspend a rope from an overhead tree branch with a toy attached to the end. The toy is set high enough that the dog has to jump to reach it, at least getting their front legs off the ground. Then the dog can hang, shake, and tug against the resistance of the spring.

So I made a spring pole for our dogs and they loved it! But I quickly found some serious design flaws. The first problem is that the toy is suspended vertically from an overhead tree branch. I was always nervous that the spring would break or come unattached and send a heavy piece of metal flying at our dog’s face or the tree branch would break and fall, but the real problem was having the dogs hang from the toy with their front legs off the ground. This led to two unfortunate incidents.

On one occasion the toy became caught in our dog’s mouth for a few seconds before I realized he couldn’t release it and ran to his rescue. The second incident was worse. On that occasion a piece of the toy tore off while Maxwell, our mascot dog, was hanging and tugging. He came down right on his tail and yelped in pain. Luckily his tail wasn’t broken but the spring pole went in the garbage after that.

I started brainstorming and concluded that a design with the toy being pulled horizontally from the base of a tree trunk would be much safer than it being hung vertically from an overhead branch. Then I decided to replace the metal spring with super strong bungee cord and designed the connection points so that in case of failure, nothing would come flying back towards the dog. After about 10 prototype revisions, I ended up with the Super Tug, The Ultimate Tug Toy for Strong Dogs. Be sure to watch the video to see it in action! Some key features include:

Super Tug Instructions:
1.  Find a suitable tree, or similar sturdy object, and wrap the Super Tug strap around the base of it, joining the two metal D-Rings together with the metal Quick Link as seen in Photo 1. 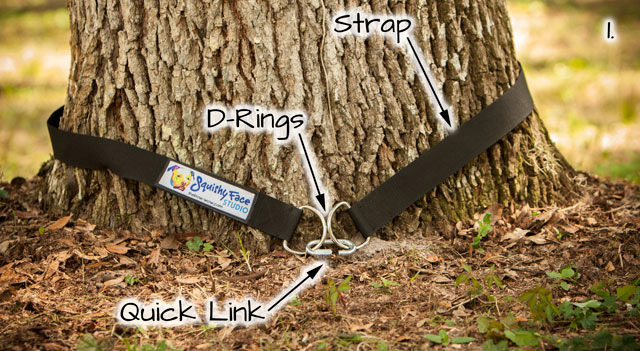 2.  Thread the Bungee Cord through the loop of the braided Fleece Tug and then attach both Bungee Cord Perfection Loops to the metal Quick Link as seen in Photo 2. 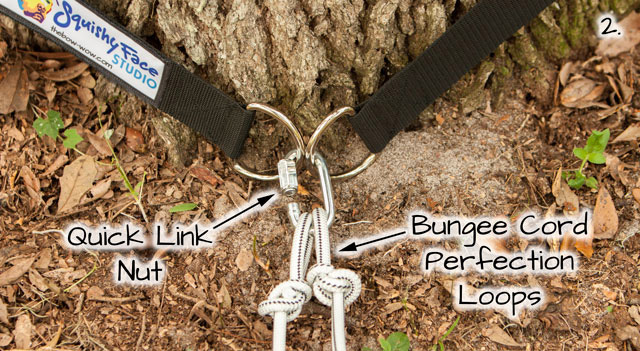 3.  Twist the threaded nut built into the Quick Link until the link is closed tightly.  The Super Tug should now be ready to use as seen in Photo 3. 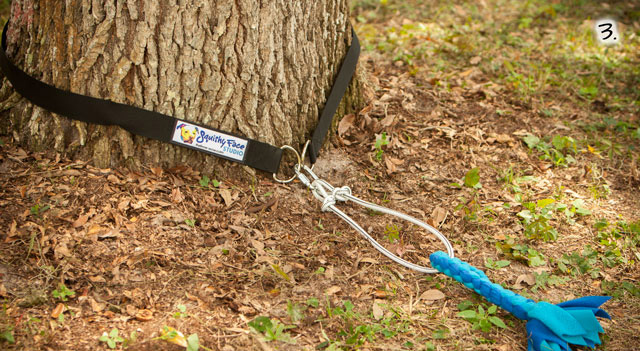 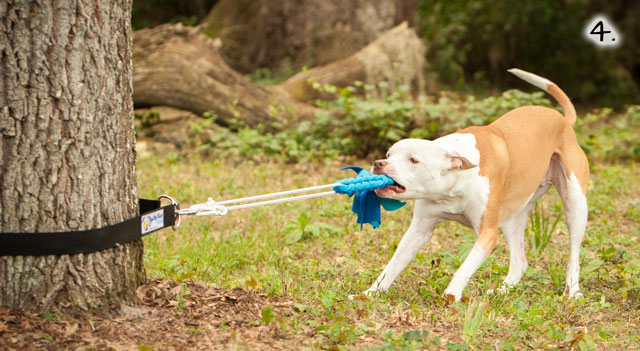 I ordered the tug toy from the guys asking them to ship express due to using the toy for training purposes. The team and urban bully did exactly that. I received it only a couple of days later. I couldn&#039;t be more thankful. Thanks guys! Time to get training

A great, easy to setup safe tug toy. My 5 month AMStaff loves the flirt toy. So when i get tired of using the flirt toy he heads right to the tug toy. Great product.